Fobia St. Dinfna Hotel PS5 Review – Fobia is a surprise first-person survival horror experience from Brazilian developer Pulsatrix Studios. Taking inspiration from titles like Resident Evil VII and VIII, Pulsatrix implements some unique mechanics to make the experience feel fresh and unique. Unfortunate, not everything it does helps it stand out.

A Strong Start Fizzles Towards the End

Fobia follows Roberto: a private investigator looking into various regional disappearances due to cult activity. Roberto is asked to come to St. Dinfna Hotel from a source working from within the hotel. The source informs him that the disappearances are linked to the hotel. Roberto checks himself into the hotel, but things take a quick turn. Roberto falls unconscious and wakes up in his hotel room after some strange phenomenon in his room.

As Roberto leaves his room, he finds the hotel in ruin and a mysterious child running around with a gas mask on. To make things worse, monsters roam the hotel. Fobia tries hard to tell a compelling story, but unfortunately, it’s hard to follow and quite honestly leaves a lot of things unsaid. 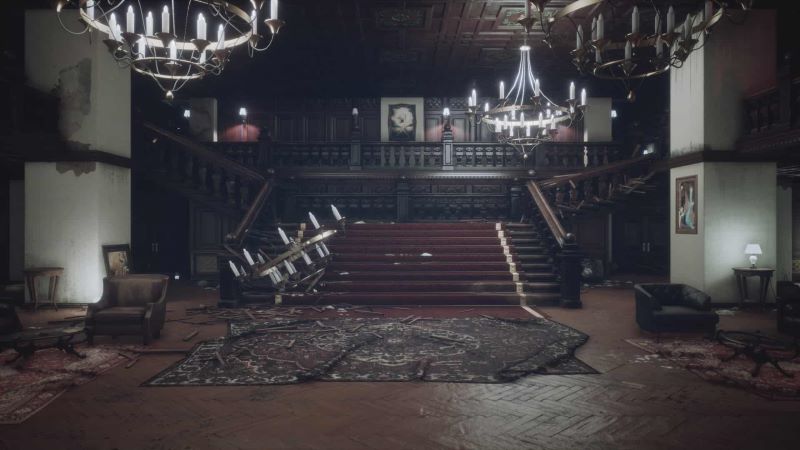 Most of what’s going on in the story are explained through the various documents you find throughout the hotel. It’s a shame because the opening aspects of Fobia are powerful, and the mystery holds well up until the first monsters start to appear. The best parts of Fobia are those that have you exploring the hotel rather than shooting your way through it.

Combat Is Unimpressive And Lacks Any Real Challenge

Combat is the biggest thing that holds Fobia back. There are only two enemy types to fight and a few bosses, none of which pose any real threat. The first enemies you encounter are small crab-like creatures that are so annoying to deal with that they appear most of the time out of nowhere and latch on to you.

It ends up being easier to deal with them by just letting him grab you as Roberto will pull them off of him and crush them. It comes at the cost of some health, but the game is so easy you won’t need to worry about health that much. 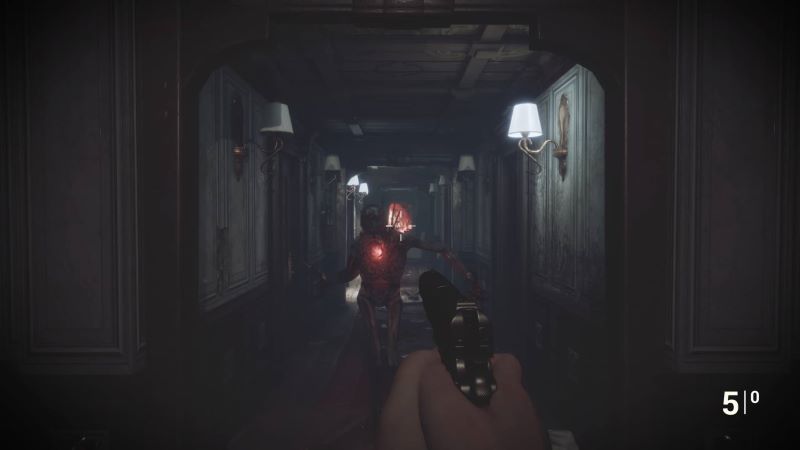 The other enemies are grey humanoid monsters that reminded me of the Molded from Resident Evil VII. These creatures have long, sharp claws but are slow enough for you to take them out from a distance. When they get close enough, they charge at you, swinging wildly. These creatures have a weak point on their neck that glows red, but I found shooting them in the head works just as well, if not better.

The three bosses in the game can also be exploited by simply running around in a circle around them or putting an object between you two. I was able to defeat two of the three bosses without taking any damage whatsoever.

You’ll find two different weapons: a shotgun and a machine gun. These weapons can be upgraded with skill cubes you find on your journey. These upgrades include extra ammo in the magazine and additional damage. There aren’t any melee weapons, so make sure you conserve ammo for the boss fights. 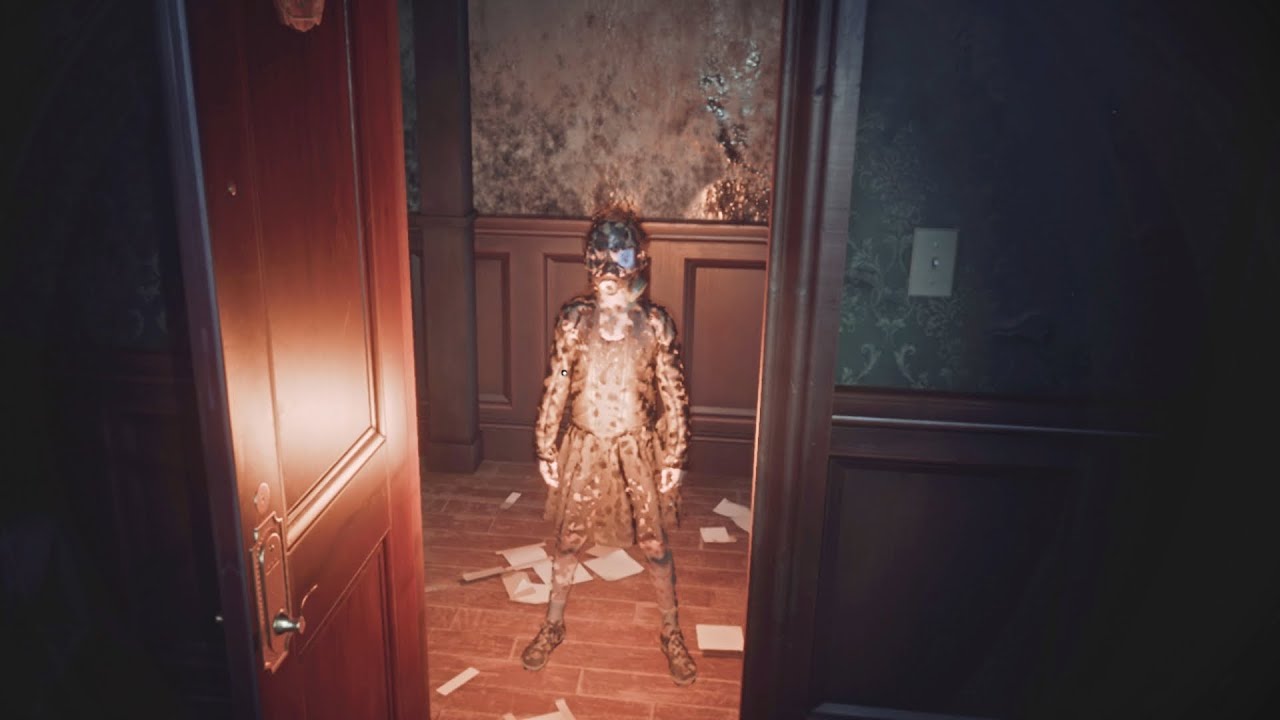 On a positive note, the Fobia provides an accessibility option that spawns ammo during boss fights, so you never have to worry about running out of ammo.

The St. Dinfna Hotel Is A Pleasure To Explore

Most of the game comes from exploring, and Fobia does that better than most. The location itself is pretty creepy but also feels more unbelievable than most other locations in the same genre. The hotel is full of secrets; almost every room is full of puzzles to solve.

Most of these puzzles are opening safes, meaning you’ll have to find the correct combination. The best puzzles are reminiscent of the original Resident Evil and Silent Hill, where critical thinking and scanning documents to find clues are the key to solving them. 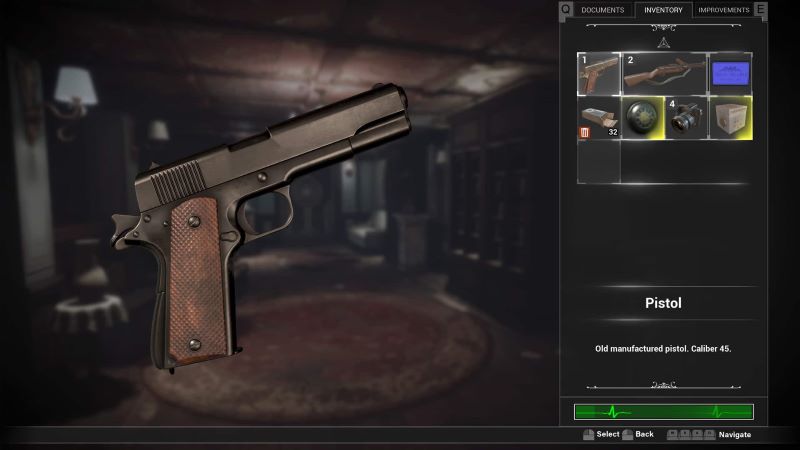 Much like other survival horror games, Fobia isn’t a linear experience. You’ll find plenty of rooms you won’t be able to access for hours until you find the correct tool or key.

This means you’ll be carrying around a lot of items in your inventory for long periods. Thankfully you can store them in the game’s item boxes. One thing I wasn’t a fan of was finding an item that I had no use for hours of the game, as it leads to you believing you may have missed something.

Plenty Of Secrets To Discover

The other issue arises when you learn that not every item is essential to the story to move the game forward. Many of the keys and equipment you find are used to access rooms that house ammo and health items.

One impressive feat Fobia achieves is the use of a digital camera. The camera has a unique lens that allows it to see things from a different time. When you use the camera with a simple press of the left d-pad button, you’ll look through a night vision view but what’s more impressive is that it changes the room in real-time. 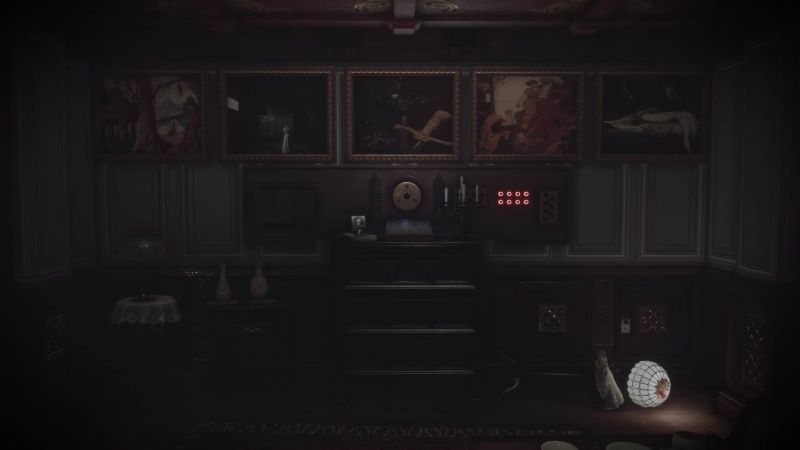 A wall that blocks your path may be broken when looking at it through your camera, which allows you to walk through the wall like you’re walking through another dimension. Some rooms will completely change from a bedroom to a morgue.

It’s pretty impressive to see happen in real-time, and it’s also essential as some clues to puzzles are located only when looking through the camera.

Visually Fobia looks good. The hotel has plenty of details and physics. Opening draws, you’ll see pencils moving around inside objects that can be picked up and examined to showcase some fine details.

The lighting is also impressive, and the game provides ray tracing support, but I felt it made the experience look worse, so I played without it.

The voice work for the most part is pretty solid, but the atmospheric sound effects impress the most. Playing with your headset on and hearing the rain pound against the hotel windows adds a lot of ambience. There is even a part in the story where you hear voices around you, which can be pretty disturbing to listen to.

Fobia St. Dinfna Hotel is a decent survival horror game that does one thing while sacrificing others. I loved exploring the hotel and solving the puzzles, especially using the camera. Though the story lacks real answers to what’s going on, I enjoyed finding and reading documents due to the excellent translation to learn more about the world.

Unfortunately, I lost much interest whenever the combat reared its ugly head, more than I could have hoped. That’s not to say that combat is terrible; it’s just not thrilling or challenging in any real way. It’s a shame too, as this holds Fobia St. Dinfna Hotel back from being one of the stronger survival horror titles available on PlayStation formats, but still comes recommended.