Giggster picked out 10 of the most iconic horror films over the past 100 years, from the original “Nosferatu” to Jordan Peele’s “Get Out,” and dug into each production’s shooting locations.
– Warner Bros.

Of particular import is the horror movie genre, where the vibe and atmosphere are everything. From the original “Nosferatu” to Jordan Peele’s “Get Out,” Giggster chose 10 of the most iconic horror films over the past 100 years and dug into each production’s shooting locations. Across the genre, location managers function like casting agents by treating scenes and landscapes as essential characters in the film. A scene hits differently when it’s a spooky old house on a hill (“Psycho”) or a dark, seemingly endless staircase (“The Exorcist”).

To strike the right chord in horror films, everything from medieval castles to hundreds-year-old taverns have been used while hopscotching casts and crews across the globe to special locations from Slovakia to Alaska.

Continue reading to discover once and for all just important location is in filmmaking and discover where some 10 iconic horror movies were filmed. 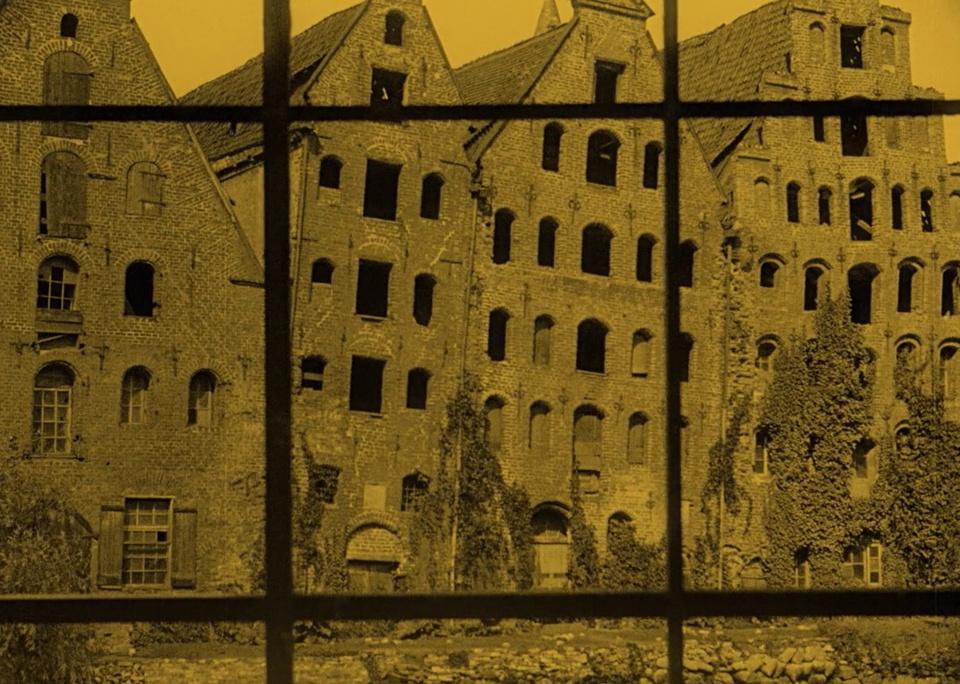 One of the first widely successful horror movies ever made, “Nosferatu” is a silent German film that directly rips off Bram Stoker’s “Dracula.” Many of the film’s scenes were shot in Lübeck and Wismar, Germany. Some of the spookier scenes—like the ones that depict the interior and exterior of Count Orlok’s Transylvanian castle—were actually filmed at two Slovakian castles: Orava Castle and Starhrad Castle.

Orava Castle was built in the 13th century and remains one of the best-preserved castles in the country. Obviously an important historical landmark, with plenty to teach visitors about life in medieval times, the castle has only grown in popularity since the 1922 movie; visitors can now pay about 8 euros to tour some of the rooms used in the film. Starhrad Castle, on the other hand, is in ruins, having been abandoned sometime in the 18th century. While it’s still a popular tourist destination, don’t expect any movie-centric tours should you head to the Považie region to see it. 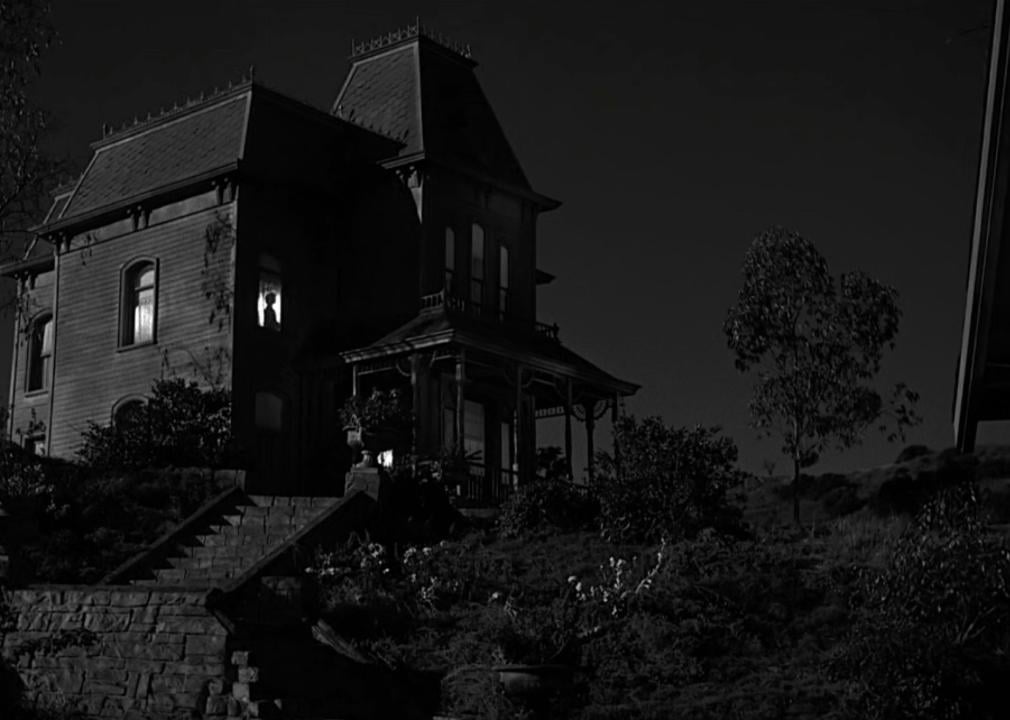 Now regarded as a horror classic, Paramount Pictures originally saw “Psycho” as a major risk. While the studio agreed to greenlight the project, only a minuscule budget was allocated. Alfred Hitchcock shot almost all of the film on the Universal Studios lot to stretch the small budget as far as possible.

The Bates’ house, downtown Fairvale, and the swamp where Norman disposes of Marion’s car are all located at various places on the lot. All of the indoor scenes, including the famous shower scene, were shot on Universal’s Stage 18-A. The only real location from the film that you can visit without taking a Universal Studios tour is the Barrister Place building in downtown Pheonix. In the late ’50s, the building was the Jefferson Hotel. Hitchcock used it as the location for the illicit lunch date between Marion Crane (Janet Leigh) and her boyfriend Sam Loomis (John Gavin) in the opening scene. These days, the building is a mixed-use apartment and retail space. 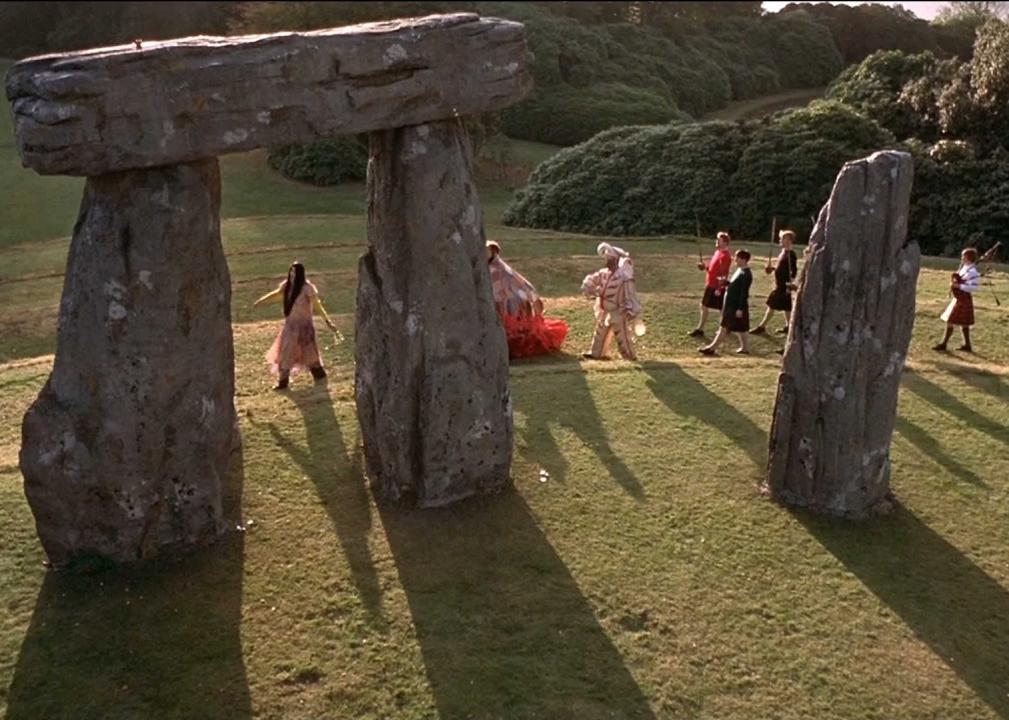 The majority of the movie was shot in Scotland. Filmmakers used 25 separate locations throughout the country, including Old High Street in Kirkcudbright (where Howie begins his search) and the Ellangowan Hotel in Creetown (which was used for interior shots of the Green Man Inn).

The Culzean Castle and Lord Stair’s Castle were used for exterior and interior shots of the Adam house, respectively, and both are open to the public. Finally, the cave that Howie tracks Rowan to is St. Ninian’s Cave, located near Whithorn, which has long been a real-life destination for Christian pilgrims. 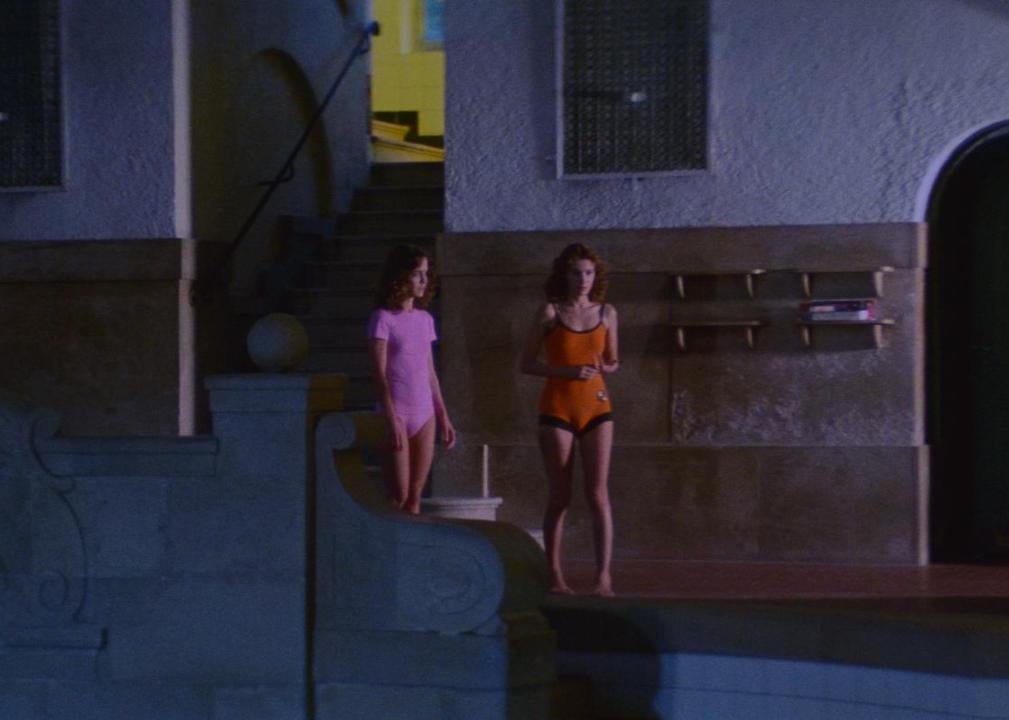 A prestigious German dance academy that serves as a front for a supernatural conspiracy is the backdrop for the action in the Italian horror film “Suspiria.” Much of the actual filming was done on soundstages at De Paolis Studios in Rome, but the sets are almost exact replicas of real-life locations. The eye-catching red and gold exterior of the dance academy is a reconstruction of the Haus zum Walfisch, the former home of a Renaissance theologian that now houses a bank in real life.

There are a few actual locations fans can visit, including Hofbräuhaus, a tavern in Munich that is said to be one of the oldest in the world: Rumor has it Mozart liked to stop by for a drink or two between composing masterpieces. Also, the beautiful Art Nouveau pool where Suzy Bannion (Jessica Harper) swims with her friends is Müller’sche Volksbad, Munich’s oldest public indoor pool. 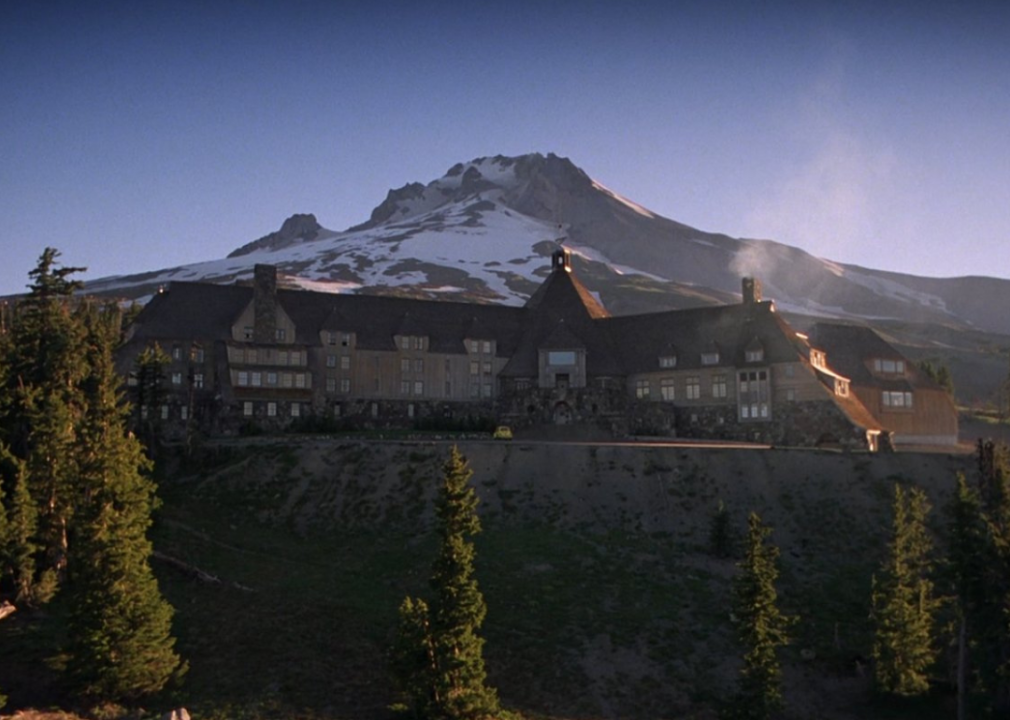 The ultimate horror classic, “The Shining” was shot entirely on soundstages at Elstree Studio in Hertfordshire, England. Despite this, there are three locations fans can visit.

The first is the Timberline Lodge in Mount Hood, Oregon, a cliffside resort that was built in 1937 and serves as the location for all of the movie’s exterior shots (minus the maze, which doesn’t exist and was also built on a soundstage). More than 2 million visitors travel to the lodge each year, requesting most often to stay in room 217—the closest number to the film’s nonexistent room 237.

The second is the Ahwahnee Hotel in Yosemite National Park, which served as the inspiration for the interior rooms of the Overlook Hotel. Finally, fans can travel to the Stanley Hotel in Estes Park, Colorado, where, after staying for just one night, Stephen King found the inspiration for his bone-chilling novel. 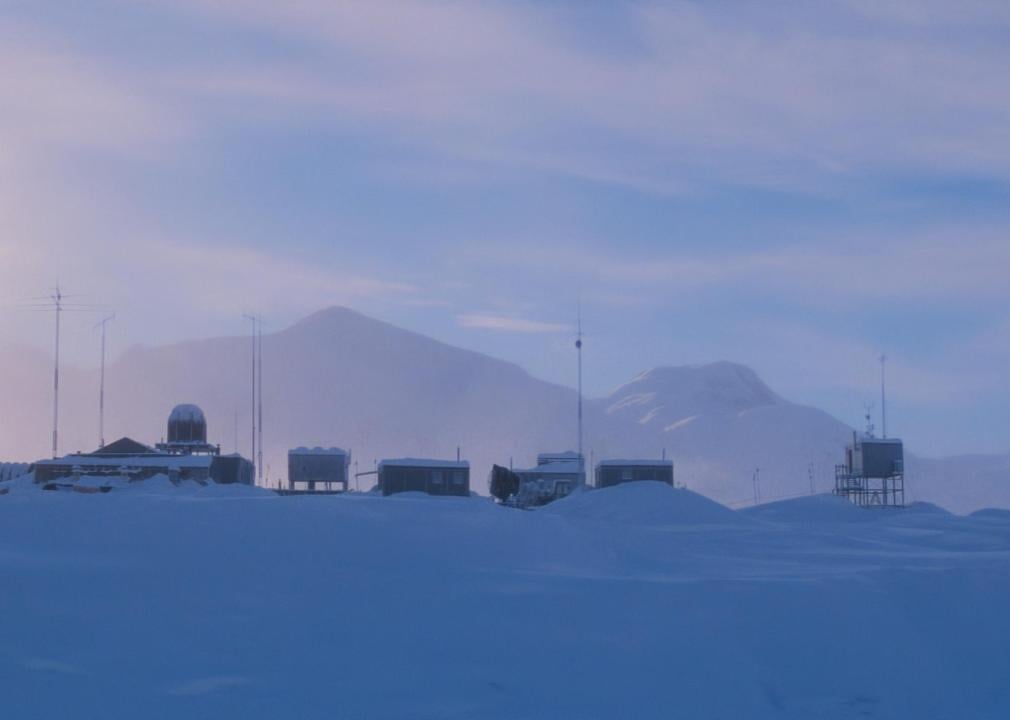 Despite not being a low-budget film, “The Thing” was shot as though money was tight—likely because director John Carpenter was used to operating on a shoestring budget. The sparse number of shooting locations reflects this fact. Several scenes of the extraterrestrial-life movie were shot on Stage 27 at Universal Studios, which was also used in films like “Jurrasic Park” and “Apollo 13.”

A glacier in Alaska was used for establishing outdoor shots, including those that involved the alien’s ship. And just outside of Stewart, British Columbia, Carpenter built (from scratch) the base camp set that was used for the Norwegian and American camps. Some of the buildings used in the film still exist, and a 40th-anniversary tour—complete with members of the cast and crew—is set for summer 2022. 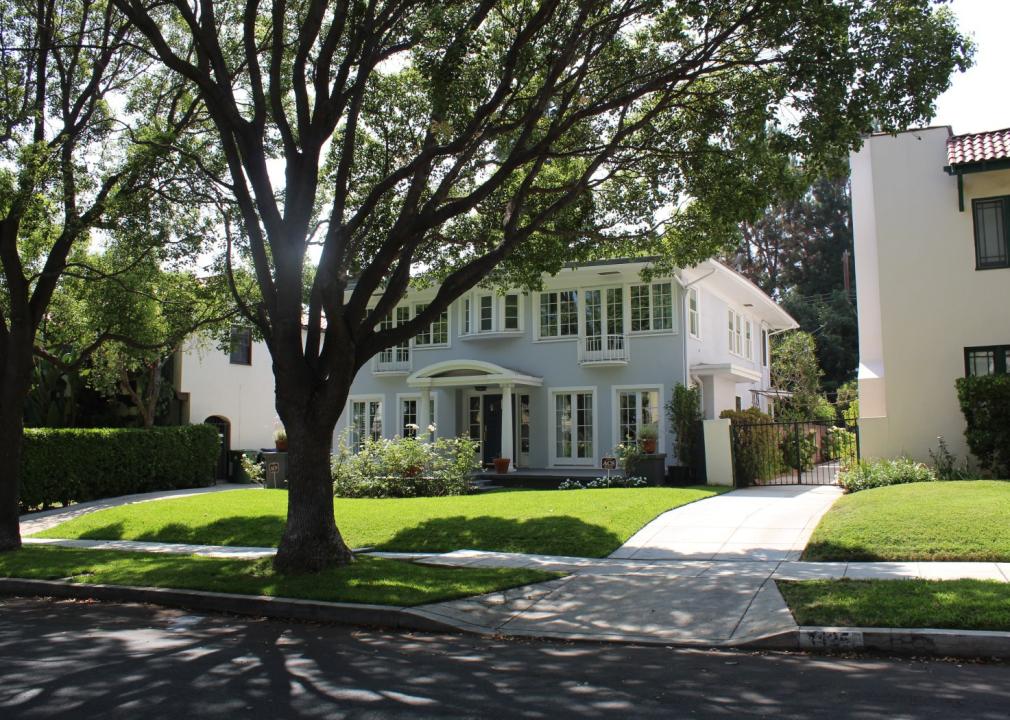 The 5th Precinct where Nancy Thompson (Heather Langenkamp) visits Rod Lane (Jsu Garcia) is actually the Cahuenga Branch Library in East Hollywood, which was constructed thanks to a grant from Andrew Carnegie. Thompson’s home is located at 1428 N. Genesee Ave. in West Hollywood—which sold to a private buyer for $2.98 million in 2022—and across the street at 1419 N. Genesee Ave. is Glen’s house. Finally, the scenes set at the Katja Institute for the Study of Sleep Disorders were actually filmed at the American Jewish University, which recently announced plans to sell some or all of its 35-acre campus. 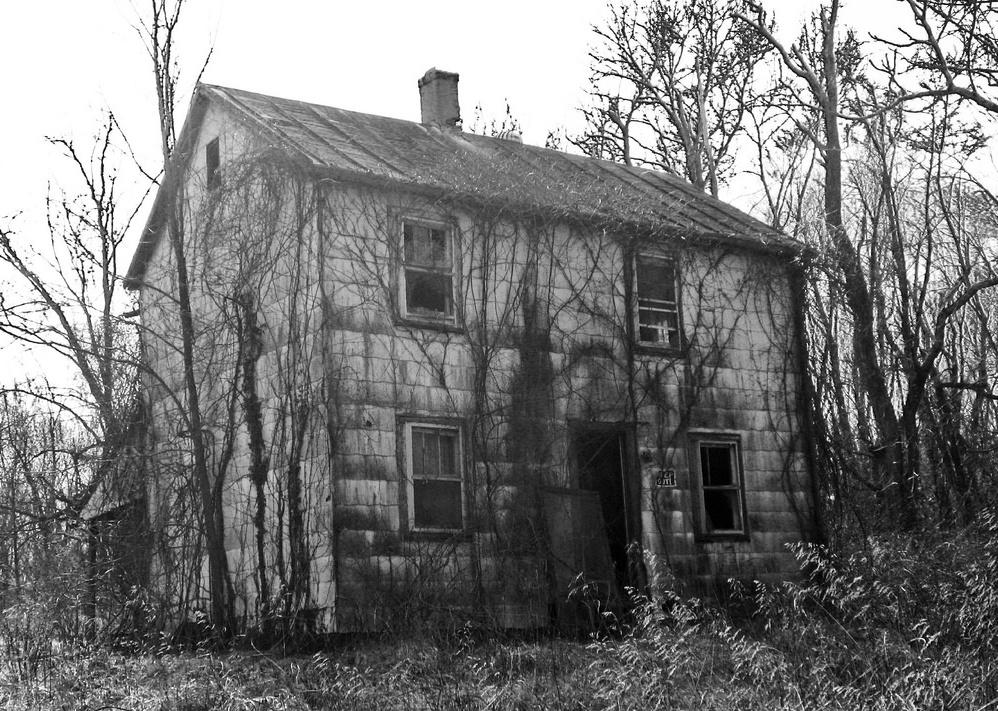 The epitome of low-budget horror, “The Blair Witch Project” was made for $300,000 over the course of eight days. The vast majority of filming was in Seneca Creek State Park in Montgomery County, Maryland, utilizing the area’s naturally beautiful and perfectly unsettling landscape.

After the massive success of the “found footage” film, visitors to the park increased by a remarkable amount. The area, attempting to capitalize on its newfound fame, started hosting things like Blair Witch Heritage Hikes, which tour some of the most iconic locations. The film’s final scenes were shot at the Griggs House, a two-story, 19th-century home that was located in Patapsco Valley State Park and abandoned by the mid-20th century. A few years after “The Blair Witch Project” was released, the home was declared a “nuisance and a hazard” by the Department of Natural Resources and demolished. 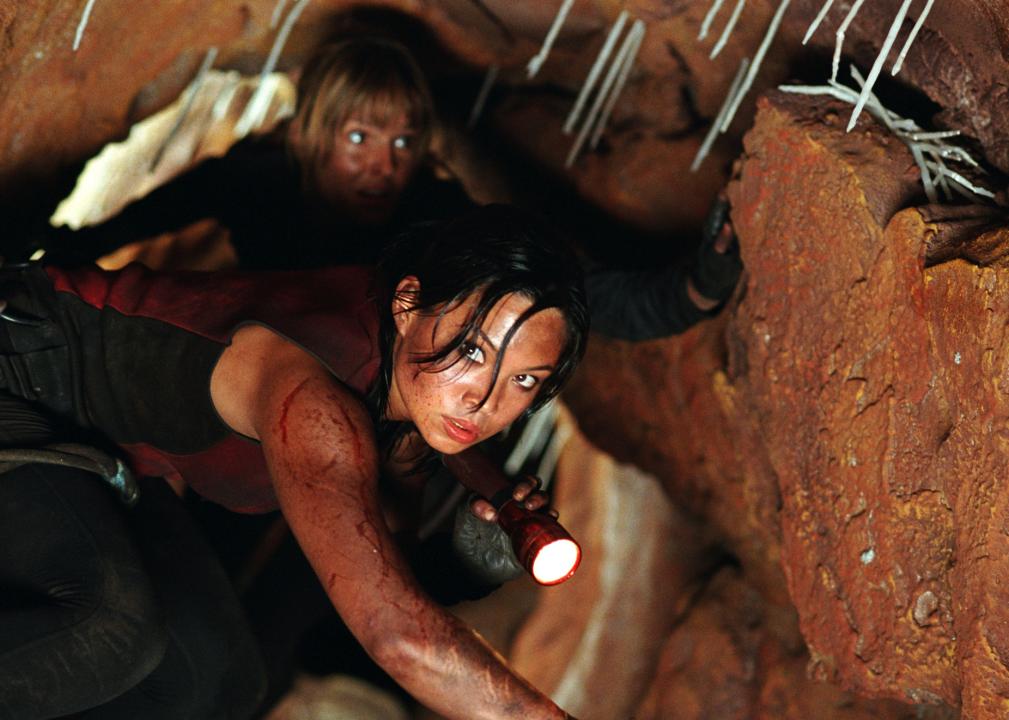 Despite being set in the United States, “The Descent” was filmed entirely in the United Kingdom. The outdoor scenes were all shot in Scotland, although details surrounding exactly which cities or counties are vague. All of the cave scenes, on the other hand, were shot on a stage in Pinewood Studios, which is where others sets for films like “Harry Potter” and “Star Wars” were built.

According to the film’s director Neil Marshall, the team decided that working in a cave was too dangerous and time-consuming, so the crew made their own instead. Altogether, six “caves” were constructed, which could be rearranged in order to give the impression of being in a much larger cave system. 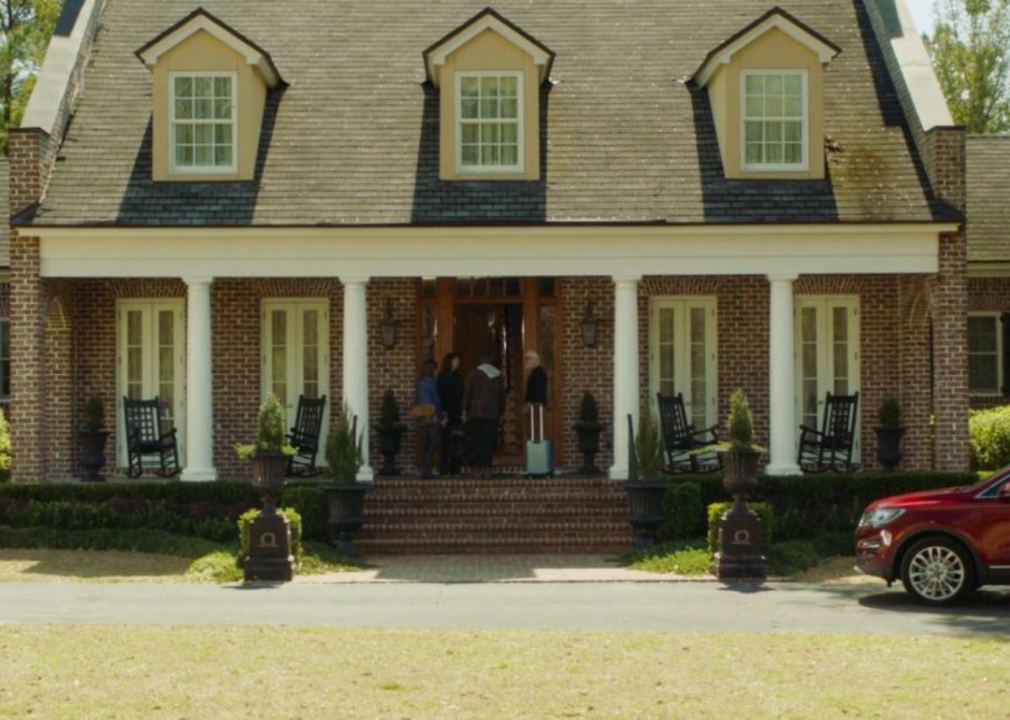 Almost all of the action in “Get Out” takes place in a single-family home in upstate New York. But in reality, the scenes were filmed at two different places: a private home in Fairhope, Alabama, and Barton Academy in Mobile, Alabama. The home is private and therefore closed to the public; but Barton Academy, which served as the set for the basement scenes, can be visited by the public. The building was vacant at the time of filming but has since reopened as a state-of-the-art middle school.

This story originally appeared on Giggster
and was produced and distributed in partnership with Stacker Studio.